Together we have contributed to raise awareness on the industry’s main environmental issues, engaged suppliers and investors and inspired business peers to join in on collective action. Using a science-based approach, WWF and H&M Group are evaluating sustainable solutions for the benefit of the entire fashion industry. Partnership efforts strive to support UN Sustainable Development Goals (SDGs).

Biodiversity underpins life but is declining rapidly worldwide. The textile industry has a large negative impact on nature and therefore an important role in protecting it. With more than half of the world’s GDP at risk from nature loss, protecting nature is an economic imperative.

Since the start in 2011, the partnership has contributed to joint efforts within water stewardship, climate action and biodiversity loss. Here are the results and the partnership’s story to date.

H&M Group’s climate strategy was developed in collaboration with WWF. The partnership works to support H&M Group’s ambition to become climate positive in the value chain by 2040, for the benefit of the entire industry.

The textile industry has major freshwater challenges. Since the start of the partnership in 2011, WWF and H&M Group have worked with water stewardship to improve water management in some of the world’s most stressed water basins.

“United in a vision for a sustainable future for people and nature, H&M Group and WWF will address key environmental impacts in the H&M Group value chain and beyond, with a special focus on water, climate and biodiversity. Our work aims to lead the fashion industry towards solutions that fit within the boundaries of our planet.”

2011 – 2013: WWF and H&M Group did a water analysis with WWF’s Water Risk Filter and developed a new water strategy for H&M Group.

2013 – 2020: Raised water awareness in the textile industry in China, Turkey and Bangladesh.

2013-2020: Piloted projects in China to get industrial parks to improve water management.

2019: Together with other companies, WWF and H&M Group launched an industry independent definition for ”climate positive”.

2020: The partnership established clean tech programs for suppliers in India.

2018-2019: Piloted a project on responsible rattan production in Indonesia.

2017 & 2018: WWF and H&M Group advocated together with other companies, for stronger regulations on energy efficiency and renewable energy in the EU.

2019-2020: WWF supported the development of H&M Group’s biodiversity ambition, released in September 2020. The ambition takes a holistic approach to manage H&M Group’s impact and dependency on biodiversity. One central part of the ambition involves policy and advocacy to support biodiversity.

2019-ongoing: H&M Group actively contributed to the Business for Nature Coalition, where WWF is a founder, and its work on international biodiversity policy as part of the Strategic Advisory Group of companies.

2019-2021: H&M Group were part of the task forces for nature-related and climate-related disclosure (TNFD & TNCD), providing input to the work of getting nature and climate integrated in financial disclosure.

2019 – ongoing: Taking the first steps to develop a definition for climate positive together with IKEA. The purpose is to bring together brands who want a credible, scientific and globally accepted way of becoming a ‘climate positive’ company

2019 – ongoing: Exploring new ways of setting water targets. The work to set water targets adapted to context in H&M Group, later on to be developed to science based targets, was formed here.

Without addressing biodiversity loss we will not solve the climate crisis. With more than half of the world’s GDP at risk from nature loss, protecting nature is an economic imperative. The global Director-General of WWF International, Marco Lambertini and Helena Helmersson the CEO of H&M Group arguing around 5 critical incentives that could protect nature and the climate.

The journey getting us here has not been without struggles, and we still have a long road ahead. But the work is paying off. More and more suppliers and peers are joining in on collective action programs, which is exactly what the textile industry and our planet so strongly needs.

The urgency to act on the intertwined crises of climate change and nature loss has never been higher. Read more about how H&M Group are forming strategies to take integrated action on climate and nature — to tackle the related challenges of land degradation, food and water insecurity and social inequality. Read more here.

Why is H&M Group and WWF in a partnership?

Today, we overuse the resources of this planet. Not only does it pose risk to nature and species, but also to people and business. We need to change this course.

The textile industry affects the environment in several ways. Textile production requires large quantities of water, is a big greenhouse gas emitter and impacts biodiversity negatively, for example through raw material sourcing and pollution. But being part of the problem also means it is possible to become part of the solution.

By working together, WWF and H&M Group can do more than what each organization could have done on its own. WWF has expertise in nature, environmental issues and what is needed to solve these issues. H&M has industry position, size and resources. The combination creates potential to reach that meaningful and sustainable change the industry so dire needs.

How does the textile industry affect the environment?

The textile industry has a major negative impact on the environment,  affecting people, nature and species.

Textile production demands large quantities of water – a single t-shirt could require around 3000 liters to produce. Water also often gets polluted with chemicals and microplastics from production processes and from customers washing garments.

Fashion also affects biodiversity negatively, both on land and in water, for example through raw material sourcing and transports. The fashion sector is also a big emitter of greenhouse gases, mainly due to a large use of fossil fuels in many production countries.

Why does the partnership focus on water, climate and biodiversity?

Biodiversity loss, water scarcity and climate change are some of the most acute and serious challenges that our planet. If we do not act, it will not only affect nature and species, but also communities, societies and our economy.

According to World Economic Forum, more than half of the world’s GDP is partly or fully dependent on functioning ecosystems. At the same time, our ecosystems are collapsing. WWF’s Living Planet Report 2020 shows that population sizes of mammals, birds, fish, amphibians and reptiles have seen an alarming average drop of 68 percent since 1970. The average population size decline among freshwater species has been even worse; 84 percent.mAccording to IPBES, we may face losing up to a million species within the coming decade.

The fashion industry, including H&M Group, is both reliant on functioning ecosystems and have a great negative impact on biodiversity, water and climate. And the three topics are interconnected. In order to stay in business, action needs to be taken.

What is needed from the industry?

Business have an important role to play transforming our society into a more sustainable one. As the fashion industry is part of the problem, having a major impact on the environment, it can also be part of the solution. But for this to happen fully, collaboration will be needed.

Fashion players need to come together to take action, as they share the same natural resources and the same playing field. It is both about how natural resources are used, but also about the entire system of how fashion is produced and consumed today. Business can also be a driving force to push policy makers into enabling more sustainable and more harmonized legal frameworks.

Why does WWF work with business?

Businesses are part of environmental problems today – but are at the same time also part of the solution. For WWF, working with companies that are leaders of their industries, means they can reach far in their supply chain, to industry peers and to customers with more sustainable ways – contributing to a scalable and sustainable change.

We are heading towards even more turbulent times, considering growing water shortages, a rapid loss of nature and an approaching climate crisis.  Businesses need to address this. Not only is it their responsibility, it is also business critical.

Learnings from working in a partnership 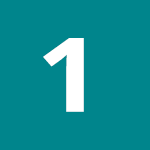 Water has a specific context

Water has a local context. Taking this into account when forming a transformational water strategy helps companies use resources more efficiently, while delivering more meaningful impact for company, nature and people. 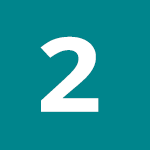 …especially when work is breaking new ground. Tools and models can bring guidance, but one always need to work locally to understand key issues and involve local stakeholders to find relevant solutions. 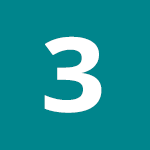 Be dedicated and look at things long term. 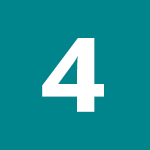 Organizations have different cultures, purposes and visions, which can, in a partnership like this, be a challenge. Having transparency and keeping focus on shared goals, can help you stay on track. 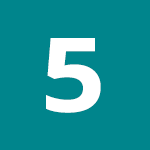 Expectations on timing, pace and who will do what might differ from organization to organization, so make sure to define and communicate that clearly. 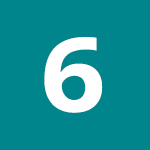 Have resources and funding in place early – if possible, overestimate for unexpected events. Unchartered work can be difficult to foresee, and might, if not prepared for, bring work to a halt.